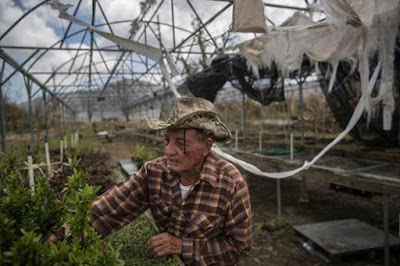 On September 20, 2017, Hurricane Maria struck the beautiful island of Puerto Rico, a US territory, and our fellow citizens braced themselves for the 155 mile per hour winds over 30 long hours.  The pictures on the news revealed its complete devastation of the communities' crops, greenhouses and livestock--the entire food economy flooded, buildings torn
apart, and trees ripped out of the ground.  But what can we do to help? 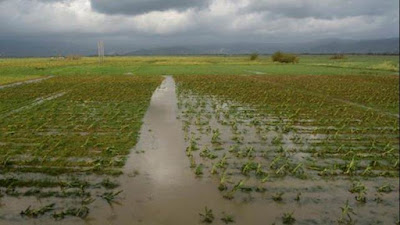 You can take your next volunteer vacation in Puerto Rico and help restore the farming on the island.  Join local Puerto Rican activist, Tara Rodriguez Besosa, by bringing your camping gear, your water filter and your grit and hard work to lend a hand to La Solidaria on their farm bus tour whose goal is to restore 200 farms over 24 months.  Consider donating directly to the Puerto Rico Resiliency Fund and learn more about the farm bus tour and needed supplies.  Ms. Besosa lost her restaurant in San Juan when Maria hit and the farmers lost their crops at the same time so she immediately did what she does best--organize for change!  She organized her friends both on the island and in the US for tools, seeds and supplies for the local farmers to restore their land, their crops and their livelihood. 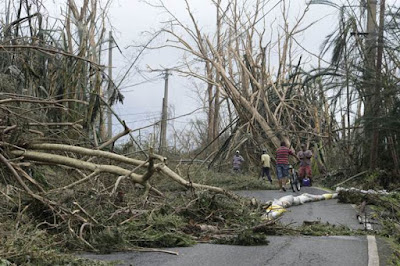 Before Hurricane Maria hit, the agricultural economy had boosted jobs by 50% and now with the huge national debt and more than 80% of crops destroyed, she and other activists, many of them here all over the mainland US, are working either with or alongside Tara with the mission of restoring Puerto Rico's sustainable agriculture. 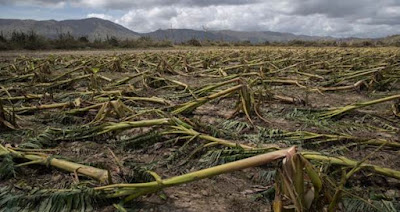 One local herbalist in Philadelphia, April Pedrick, also made it her mission to start a small organized effort to send seeds, tools and medicine to Puerto Rico, to the place she too calls home, with her mother, on the southwest side of the island in Guanica.  April, with local Philadelphia friends and permaculture partners in Florida, started the Land+Heart Project.  She has been directing volunteers to Tara's farm bus while also developing a vision to connect with local farmers to restore their crops through permaculture, renewable energy and water filtration systems and eventually bringing youth volunteers from Philadelphia through Teens Inc, a service learning and youth development organization, to teach youth about the skills of farming and the importance of fair trade cooperatives.  Please help support the efforts in any way you can.
Posted by Unknown at 5:14:00 PM